​What Is The Top Speed Of A Polaris RZR?

The Polaris RZR is one of the fastest side-by-sides available on the market today; but how fast can a Razor actually go? If you ride in places like Central PA with dense and windy trails, you’ll be lucky to reach 40 MPH. But if you have the skill, the desire, and a wide-open stretch of level ground where you can put your rig to the test, you’ll find that determining the top speed of your Polaris RZR is still a bit difficult. Your speedometer will tell you one thing, and your digital speed sensor might tell you another. And if you ride with a GPS unit, it might give you a different readout still! So what is the top speed of a Polaris RZR? Although 80 miles-per-hour is considered a good rough estimate for the top speed of a Polaris RZR, different editions and model years will have different top speeds. Additionally, slight adjustments can be made and minor upgrades can be added to make a Polaris RZR go faster than configured to from the factory. We’ll touch on these speed-increasing accessories for the Polaris RZR, as well as take a closer look at the top speed of each Polaris RZR edition!

What Is The Top Speed Of A Polaris RZR Turbo? 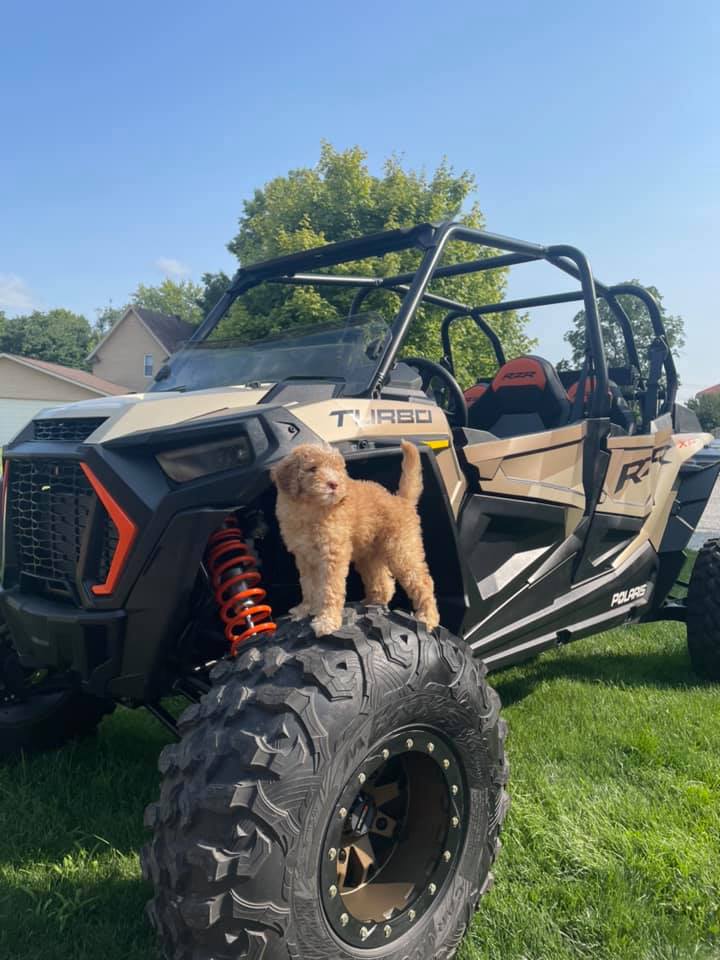 Naturally-aspirated Razors are already fast, but when you throw a turbo into the mix, you can really drop the hammer to achieve break-neck speeds! The internals of a Polaris RZR Turbo and Polaris RZR Turbo S are designed for speed, and with a 72” wheelbase for extra stability, you can reach the vehicle’s peak speed output without becoming off balance or loosing control.

Due to factory-imposed limitations, the ECU of a stock Polaris RZR Turbo governs the top speed to 85 MPH. But if you leverage a tailwind or downward incline, you can potentially reach speeds upwards of 87 MPH in a stock Polaris RZR Turbo. Some of the older Razors were governed higher than the newer ones, so if your stock machine is able go faster or slower than 90 MPH, the model year is why. 90 MPH, however, is by no means the actual top speed of a turbocharged Polaris RZR. 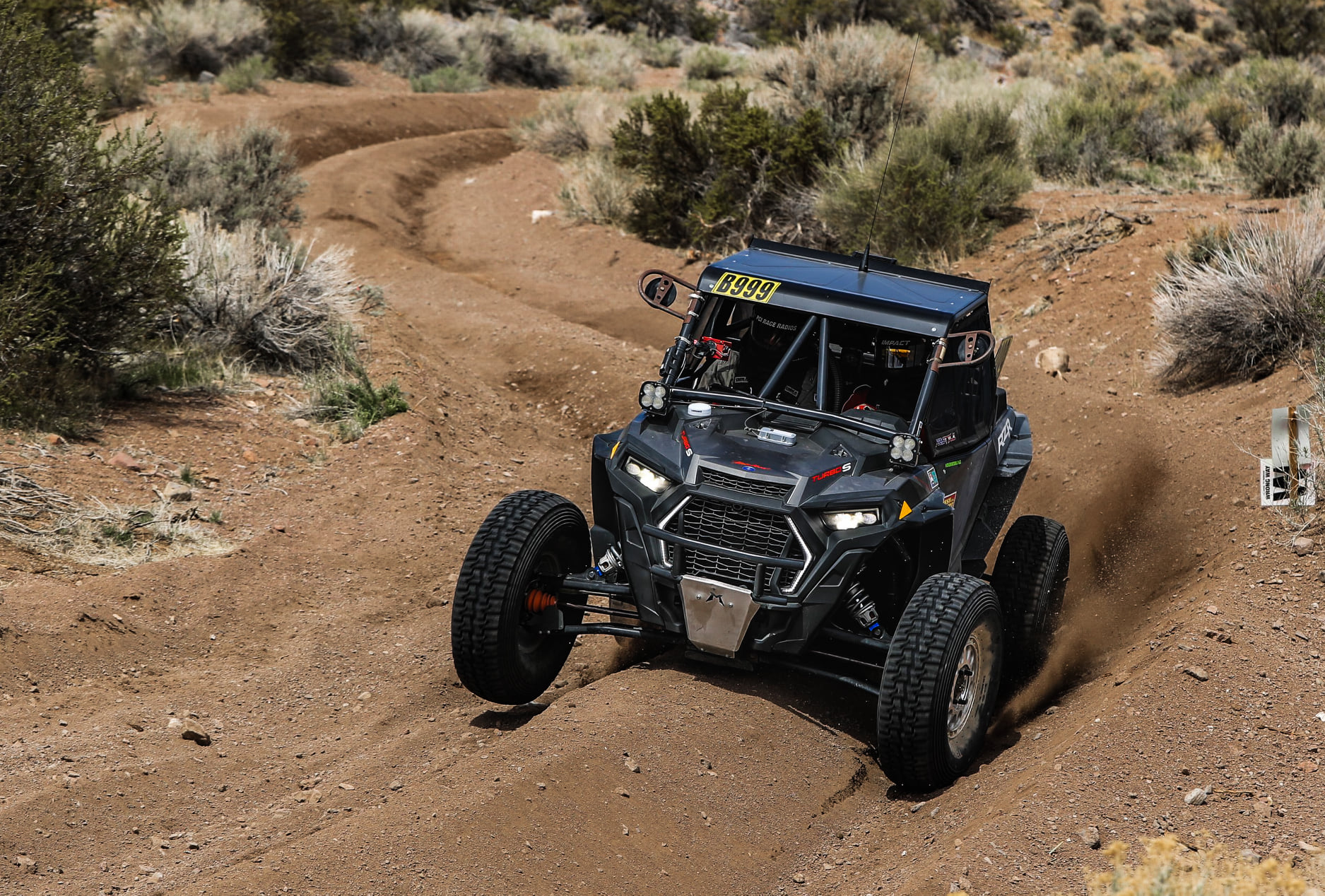 If you install an aftermarket Polaris RZR Turbo clutch kit with better plates and stronger clamping capabilities, you can then use an ECU tuner -- or contact a good flashing company like Evolution Power Sports -- to uncage the engine for faster top speeds! We’ve seen guys in 2020 Polaris RZR Turbos hit 94 MPH, and we know that Razors with more extensive modifications can blast past 100 MPH. But even if all you do is an EVO tune and add a charge pipe, you’l be well on your way to reaching speeds of 96 MPH! 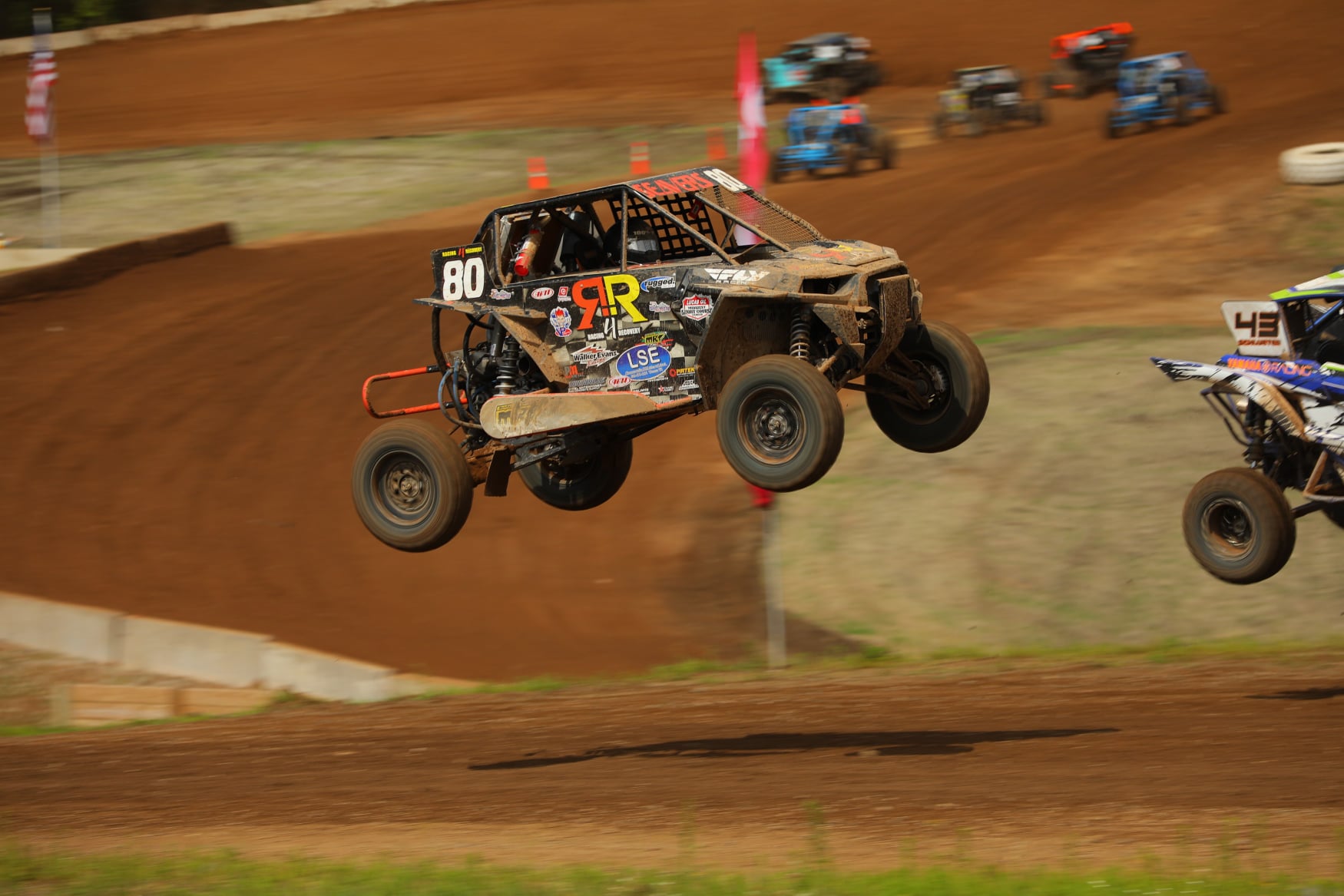 The rev limiter on some years of the Polaris RZR XP 1000 cuts the top speed off at around 78 MPH. But just like with the Turbo RZR, you can get around this with nothing more than a tune and a clutch kit! Many riders have good things to say about the Stage 2 tuner by Aftermarket Assassins, and if you opt for something like their complete Stage 2 Lock & Load Kit, you’ll get a tuner, an exhaust, and various clutch components like springs and weights that are optimized to perform in perfect synchronicity with each other!

Aside from the factory ECU governors, there are other things that can adversely affect the top speed of your Polaris RZR XP 1000. Worn out belts, for example, will limit how fast you can go, and if the spider nut backs off, you’ll find that your Razor’s clutch no longer supports the top speeds it once did.

What Is The Top Speed Of The Polaris RZR Trails And Rocks Edition? 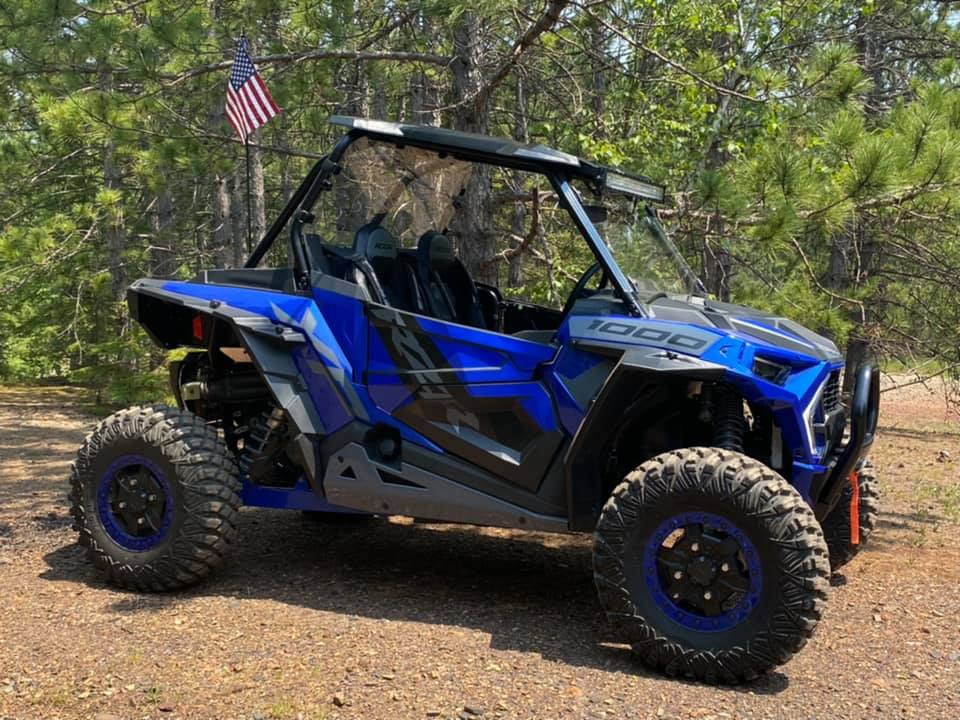 In low -- which has a 55% gear reduction -- the top speed of the Polaris RZR Trails And Rocks Edition is 20-25 MPH. When you’re crawling or climbing, the reduced gearing in low is super helpful. The engine speed while running at the “top speed” in low is around 6,000-7,000 RPM, which heats up the belt and produces a burnt-rubber smell.

Once you want to open your bike up, you can put the RZR Trail And Rocks edition into high gear and it’ll go just as fast as any XP 1000. With the stock 30” tires, going 72 MPH on the highway won’t be a problem. And if you put a tuner in it, 85 MPH with 32” Carnivore tires becomes a remarkably achievable feat.

The Polaris RZR Trail And Rocks edition isn’t designed for high-speed applications. And because it is weighed down with a winch, a bumper, rock sliders, full doors, arched a-arms, rear rods, retractable 6-point harnesses, and other beefier parts, the size of a Trails And Rocks edition alone is a factor that’ll limit top speeds.

Regarding the 2021 Polaris RZR Trail 1000 S, if you go any faster than the pre-set governor (75 MPH), your bike will throw a code and subsequently go into limp mode. These pre-set limitations are designed to preserve the clutch, so if you simply remove them without doing any clutch work, chances are that you’ll blow a clutch component in your pursuit for faster top speeds! Plus, without radial tires, the ride quality at these speeds will be harsh to say the least.

What Is The Top Speed Of A Polaris RZR 4 1000 HighLifter? 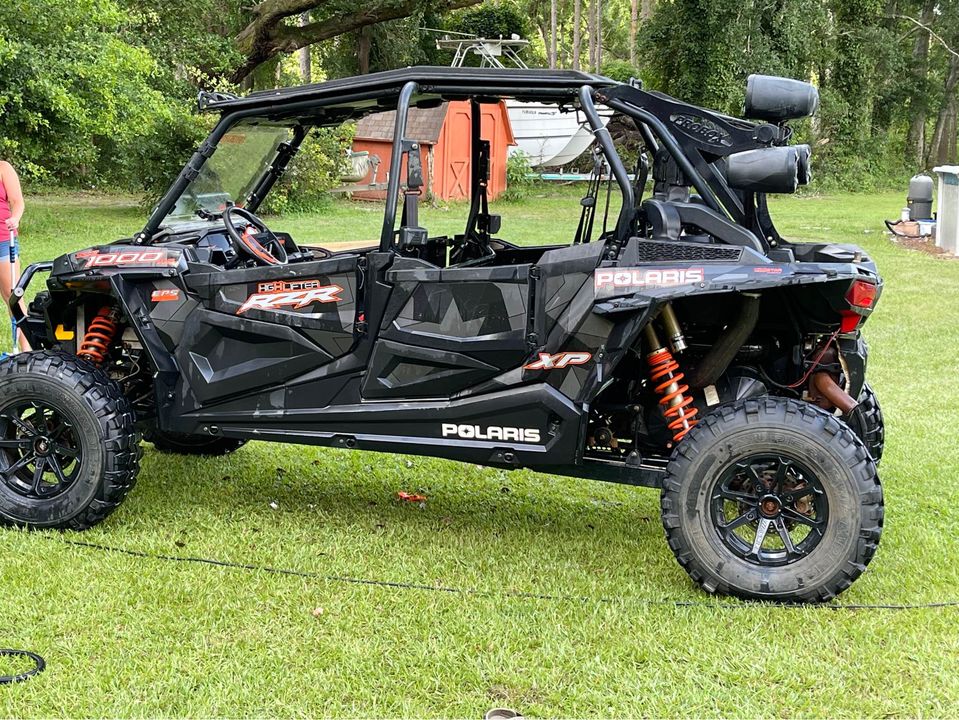 Like the Trails And Rocks edition, the HL edition of the Polaris RZR also has a low setting with a gear ratio of 55%. As such, it is made more for low end than top speed. In high gear, though, the vehicle should still be able to hit 70-75 MPH on stock tires. And if you add a Gilomen tune, you can shut off the speed limiters for a faster clip! 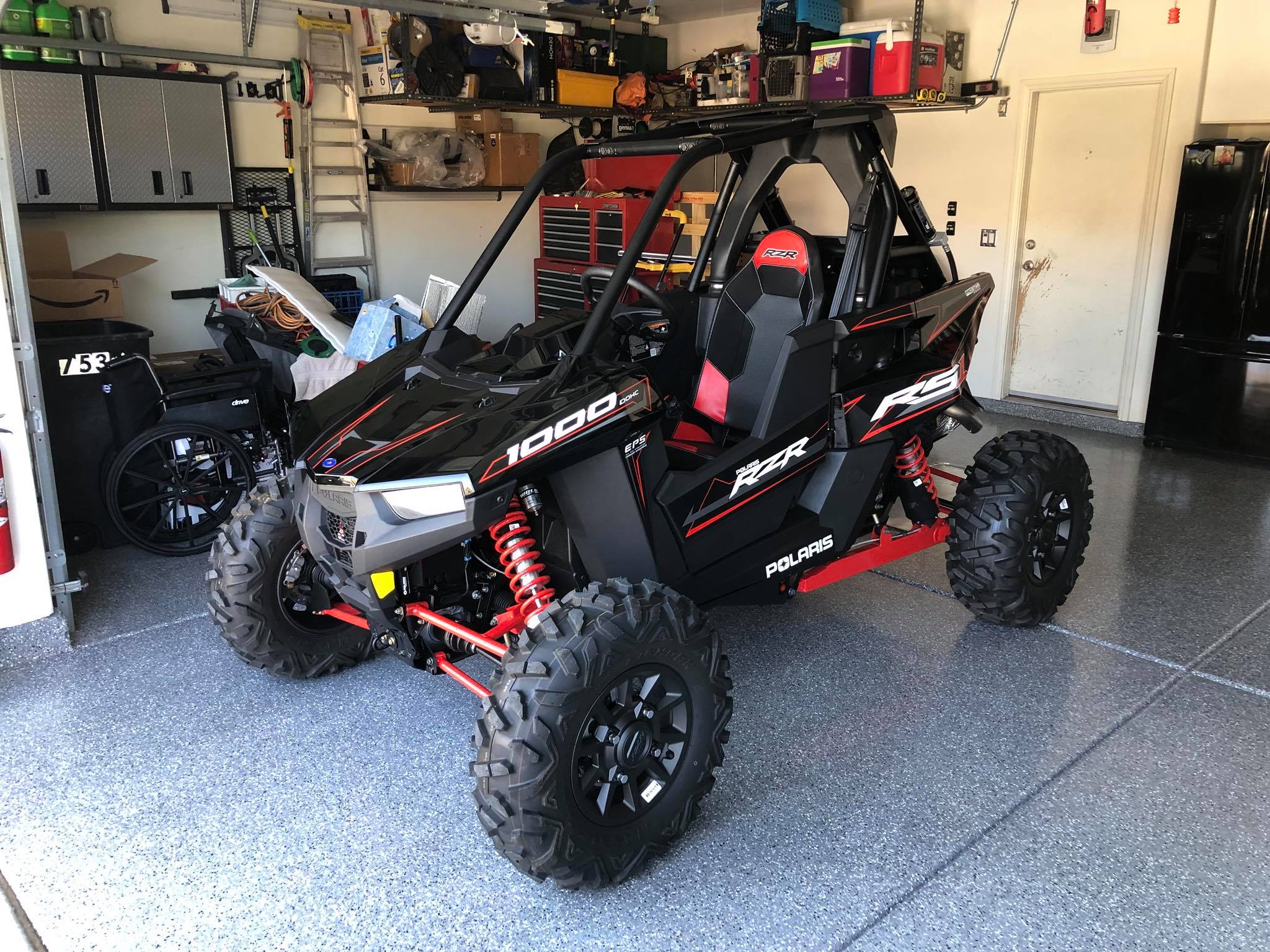 The single-seat Polaris RS1 is capable of hitting around 80 MPH (93 MPH with the aforementioned modifications), while vehicles like the Polaris RZR 900 can travel at top speeds ranging from 70 to 75 MPH. Older vehicles like the 2015 RZR 570 EPS can only reach 60 MPH, but this can drop further if you’re riding with a lot of gear and a hefty passenger.

Other Thoughts On The Polaris RZR Top Speed 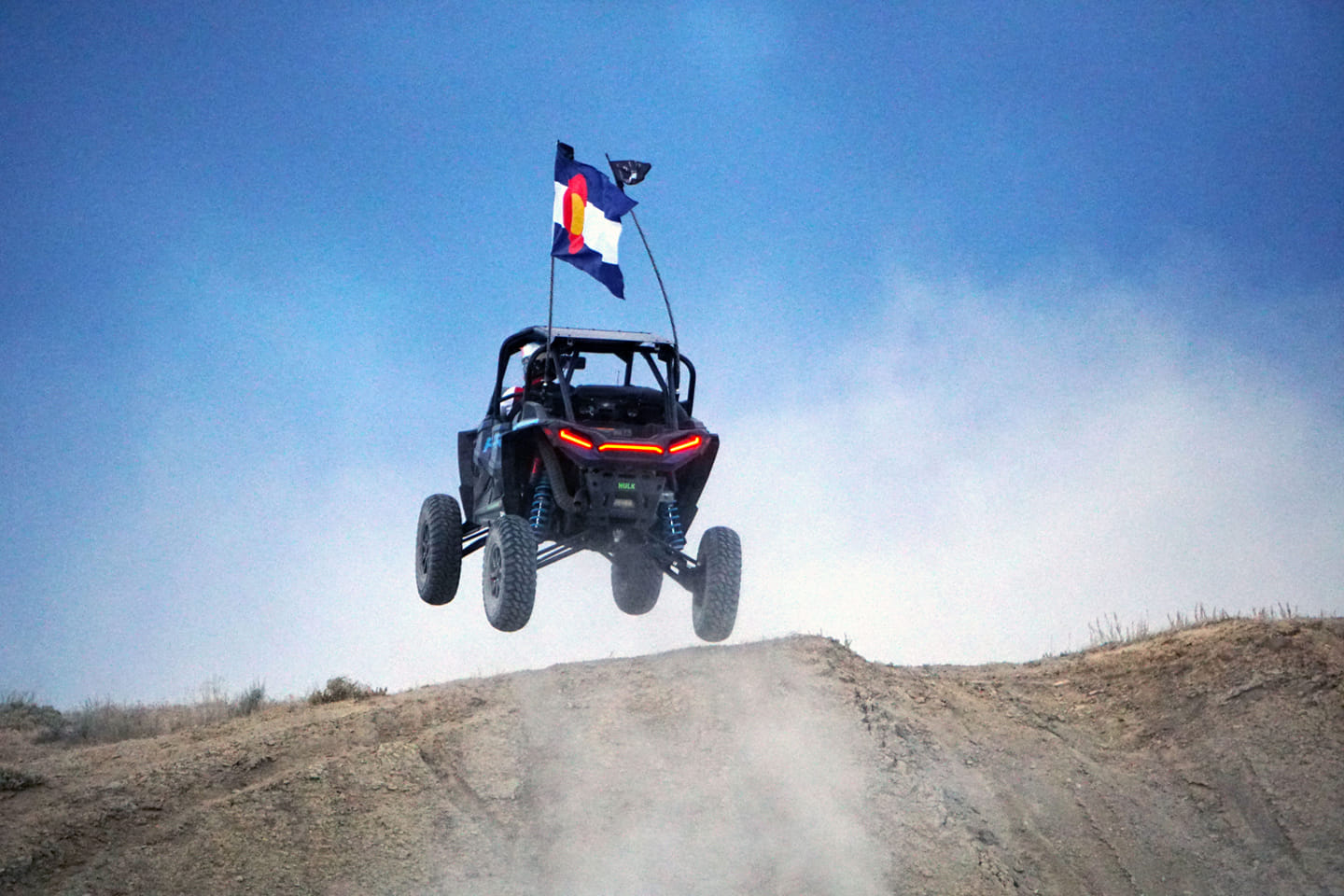 Winning races is one thing, but staying safe is another. So if you aren’t equipped with the right safety accessories such as harnesses, helmets, and roll cage strengtheners, approaching the top speed of your Polaris RZR is risky business. Some people want to know the top speed of the Polaris RZR in order to avoid pushing their personal machine too hard, while others like to know the limitations so that they can attempt to surpass them. But regardless of whether you’re wanting to get more speed out of your Polaris RZR, or fix it up after you destroyed the clutch, we can assist you in any endeavor here at Everything Polaris RZR!