​Terminator Tires: What Are They, Who Makes Them, And How Do They Affect Your Polaris RZR? 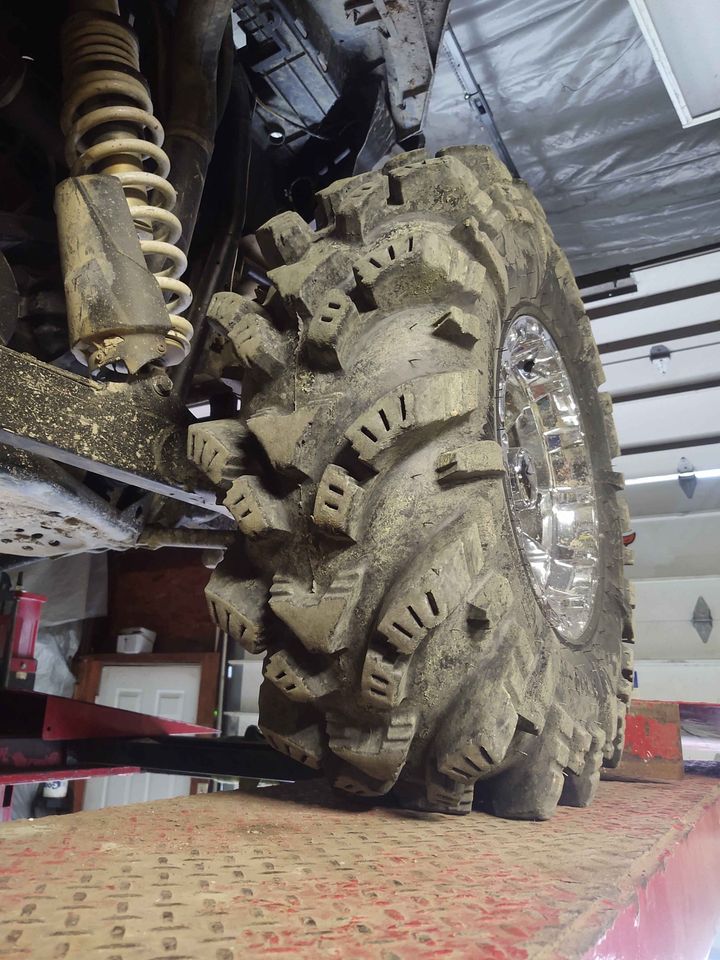 There are Polaris RZR tires out there designed exclusively for mud, and then there are the Polaris RZR Terminator tires by SuperATV that are designed for mud riding, but also perform exceptionally well on other types of terrain. The 2” tread depth of Terminator tires delivers unmatched traction on snow and sand, while the tapered design of the tire's tread pattern promotes self-cleaning so that the gaps between tread ribs never become plugged or filled in by thick clay, sticky mud, or rock-hard ice. Plus, because Terminator tires are made with built-in rim guards, they’re able to provide added protection to your stock or aftermarket rims so that they don’t get dinged-up, dented-in, or otherwise damaged while trail riding, hill climbing, or rock crawling. If that alone doesn’t convince you that Terminator tires are superior, keep reading, because we’re about to give you a complete rundown on the Terminator tires by SuperATV and how they’ll affect the comfort, performance, and rideability of your Polaris RZR! 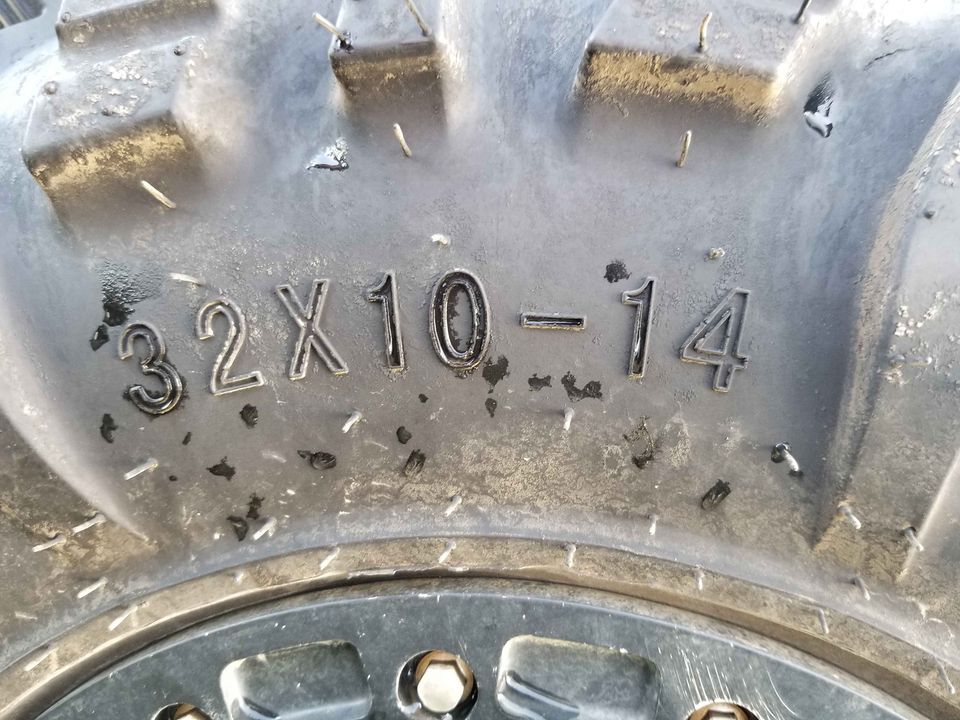 Although the sidewall-to-sidewall length for all Terminator tires (except 35” Terminators) is a consistent 10 inches, the height of Terminator tires when mounted and pumped to the proper PSI varies from 26.5 inches to 35 inches. Similarly, SuperATV makes Terminator tires that can mount on 12” rims, 14” rims, 15” rims, and 18” rims. 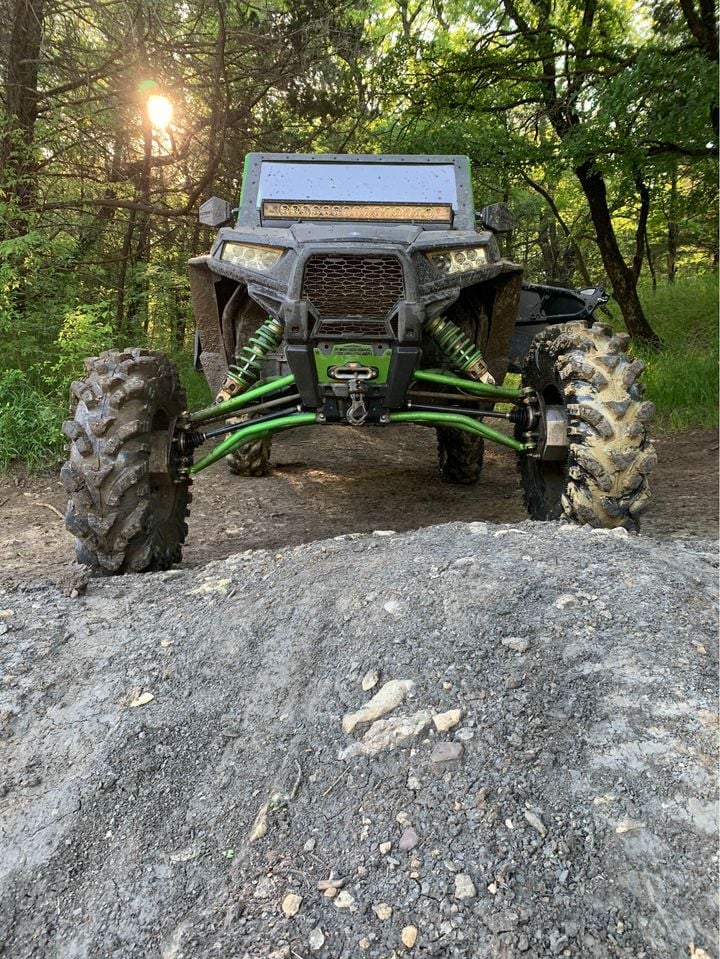 In addition to their Terminator tires, SuperATV also offers Intimidator tires that are strikingly similar. Both tires are self cleaning with a 2” tread depth, but the tires differ in their weight and load capacity. The tread patterns on each of the two SuperATV tires are also slightly different, with Intimidators having thicker ribs that are more tightly packed. Although both styles of off-road tires are 6-ply, the Intimidator tires have a more robust sidewall, which makes them better on rocky trails and paved asphalt. 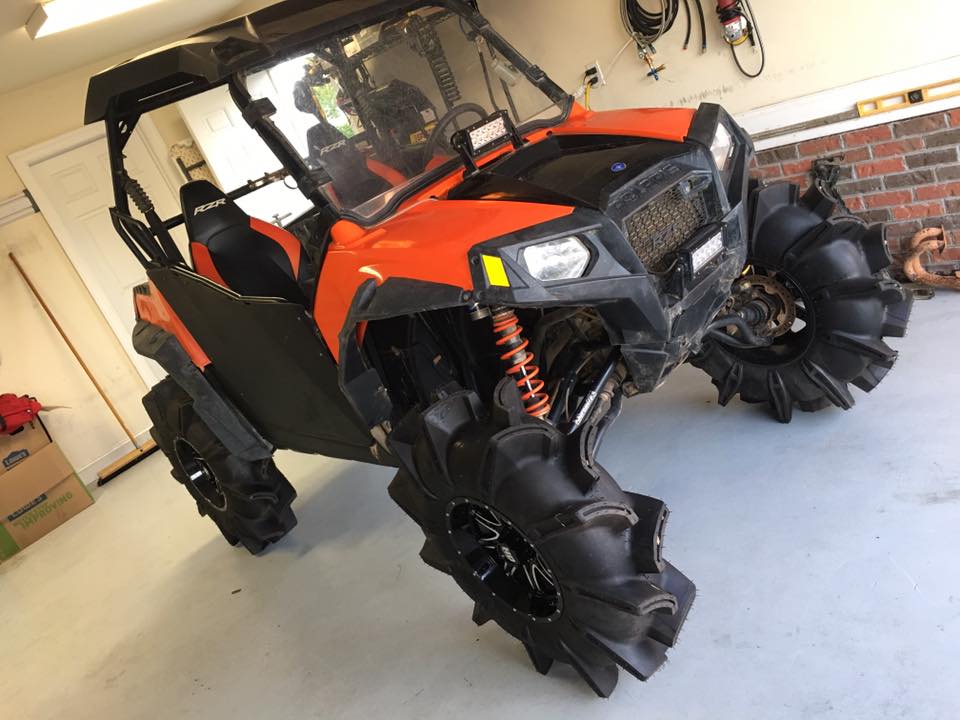 Instead of having a 2" tread depth like the Terminator and Intimidator tires, SuperATV's Assassinator tires are designed with a 3" tread depth for grip than stronger than Gorilla Glue. The 28", 29", and 29.5" Assassinator mud tires are the same width as their shallower-treaded counterparts, but the 32" and 34" Assassinators have a profile that is two inches thinner, measuring in at a whopping 8" wide! Assassinator tires are made with an interior diameter exclusively sized to fit 14" rims, and they're extra buoyant to keep you afloat in the most viscus of mud pits and quicksand pools!

Side Effects Of Terminator Tires 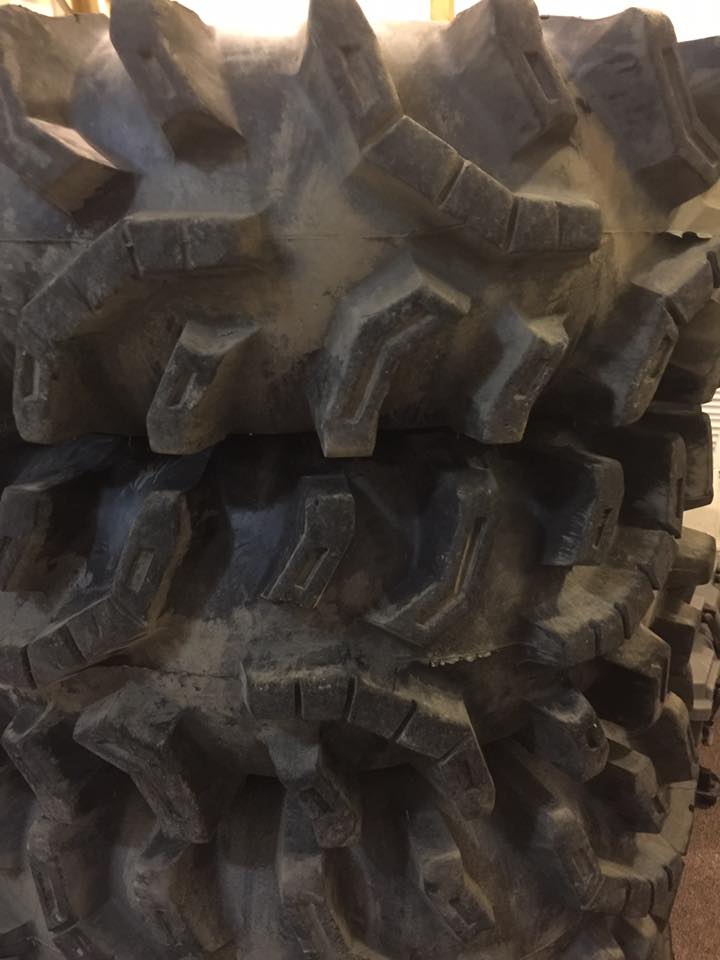 On top of unparalleled traction on a variety of ground surfaces, there are a few other side effects that may occur when running Terminator tires. If you go with anything above the stock Polaris RZR tire size (meaning 29.5 inches and up) you might find that your front drivers-side tire rubs a little bit when you hit whoops or turn sharply. Exceed 30 inches and you’ll need to make some serious modifications to make room for your Terminator tires. Adjusting your shocks and cranking the tender springs down all the way is one way to go about it, but most riders opt to install either Polaris RZR lift kits, high-clearance control arms, or forward Polaris RZR a-arms.

When you exclude the rim, stock Polaris RZR tires are generally between 25 and 30 pounds. If you do the math, this equals out to be a bit lighter than the weight of the smallest Terminator tire. And if you swap in some Terminators while keeping your existing wheel setup, you’ll notice that you don’t have the same oomph as you once did. Not only will your top speeds be reduced, but you’ll also see reductions in your low-end torque output as well. Combatting this is easy, however, and all it takes is some minor clutch upgrades via a Polaris RZR clutch kit from a company like Aftermarket Assassins, EPI, or Dalton.

Unless you go with ultra-light aluminum rims, your rig will be burdened by more unsprung weight after you install Terminator tires. And this change in rotational mass will have a noticeable effect on your Razor’s horsepower, cornering capabilities, and handling abilities. When the track, road, or trail surface is irregular and non-uniform, the extra weight of your tires will cause them to absorb more energy and create a less-comfortable ride. The rebound of your shocks can compensate for this, and your suspension can also be upgraded to ride better on hardtop with Terminator tires installed. 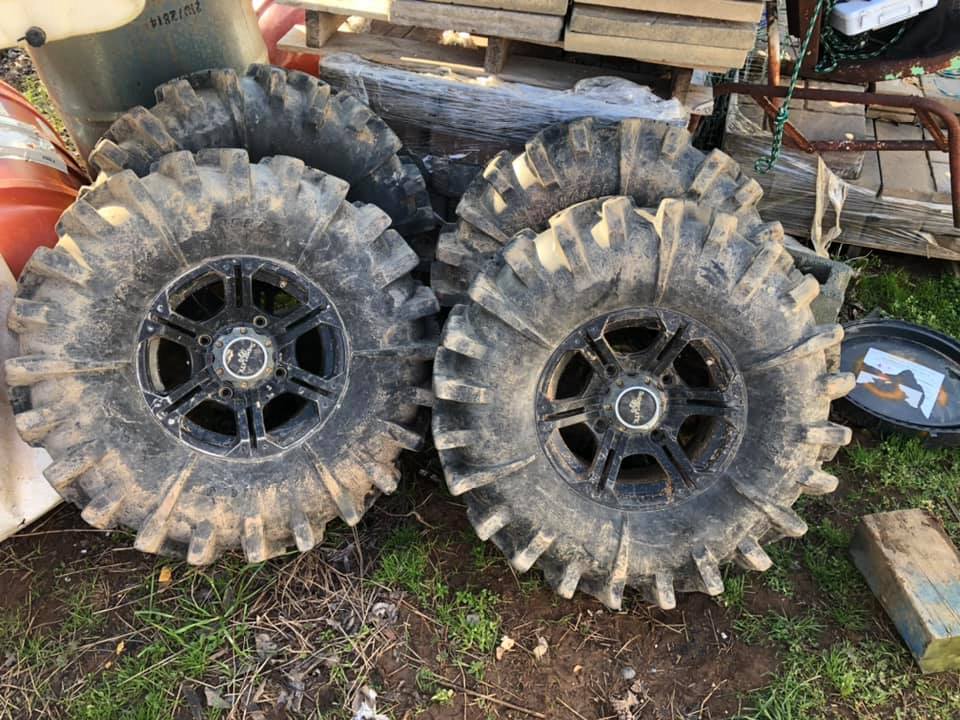 Terminator tires aren’t suitable for every application... but no tire is. Even the best mixed-use tires and all-terrain tires will perform worse than specialized tires on their home turf. But while products like paddle tires will always dominate on sand, and street tires will outperform all others on stretches of pavement, you can’t get a mud tire that functions better than a Terminator tire. In their element, Terminators are nearly unstoppable. But when you put them to the test in domains that are far from their natural environment, Terminator tires still prove time and time again that they can hold their own on anything from dirt roads to rock gardens!