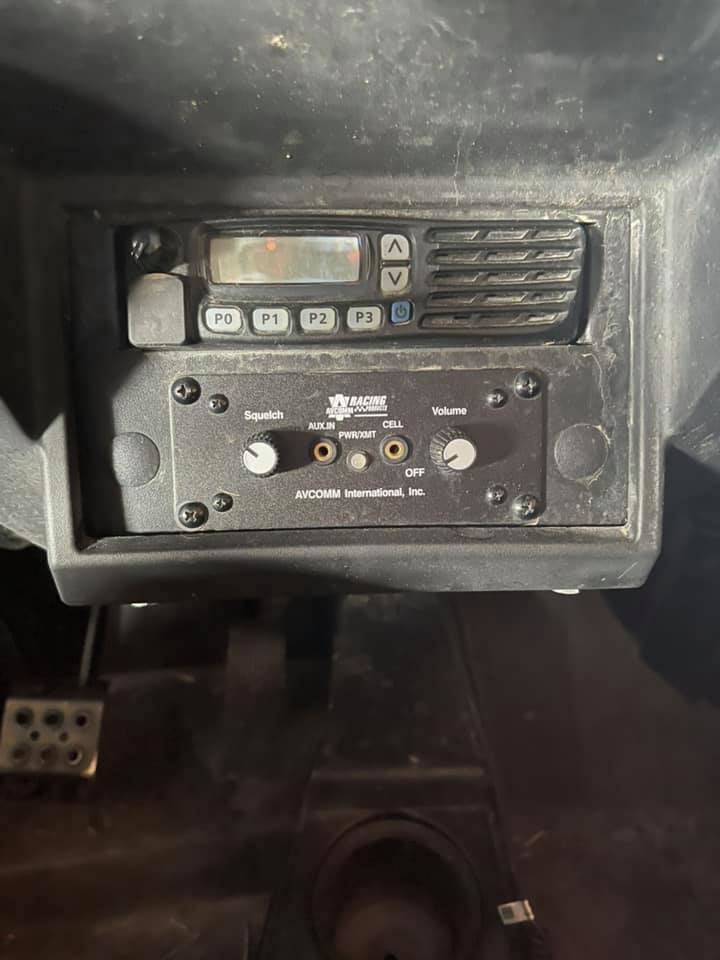 To chit-chat with nearby riders and individuals in the same vehicle, Bluetooth headsets and Polaris RZR intercoms are the way to go. But for long-range bike-to-bike communications, a Polaris RZR radio is pretty much obligatory. Where clarity and audio crispness are concerned, the Polaris RZR intercoms and two-way radios by Rugged Radios are hard to beat. Some riders like to install console-mounted radios and intercoms, but handheld radios as well as in-helmet communication devices are also popular.

Helmet-to-helmet or headset-to-headset Bluetooth communication setups are among the cheapest options out there, but with a low cost usually comes limited functionality. By using Bluetooth communication devices like the ones by Fodsports, you’ll be able to connect up to eight people to a single system. The audio transmissions on such communication systems are voice activated, using an open mic protocol as opposed to the push-to-talk (PPT) method. This allows users to hear what others are saying while they themselves are transmitting, which is good in some regards, but often disorderly, jumbled, and confusing.

Polaris RZR Bluetooth communication systems are nice because they are typically self contained, with few (if any) wires to get snagged on or tangled up in. However, the range of such systems is limited to say the least -- and even worse when there are hills, trees, and other objects between users. Plus, if one user drops out due to signal interferences, you’ll have to shut off each device and subsequently reconnect one by one to get that person back in. And because many Bluetooth communication systems use serial connectivity as opposed to parallel connectivity, if one person becomes disconnected, the chain will become broken and the folks on opposite sides of the chain will also become disconnected. For in-vehicle communications, Bluetooth systems are great. But when you start to add distance between users, the cons begin to outweigh the pros. 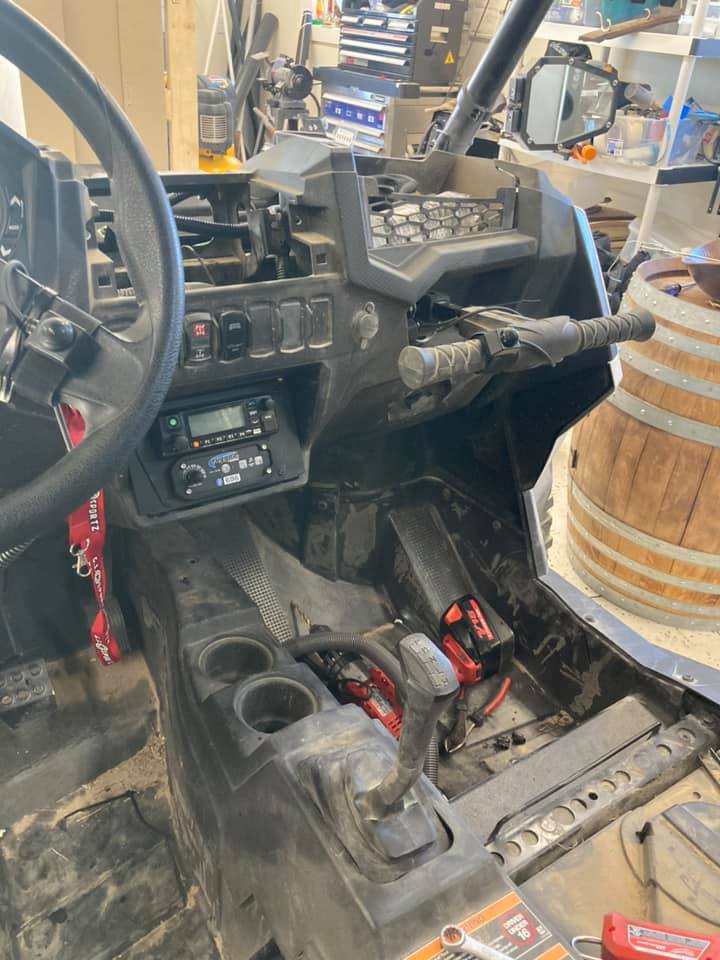 Like Bluetooth devices, Polaris RZR radios also utilize the electromagnetic spectrum to send and receive audio information. However, Polaris RZR radios and intercoms generally broadcast longer wavelengths with lower frequencies, which allows signals to be sent further with less interference from natural obstacles. Polaris RZR radio kits that transmit on Family Radio Service (FRS) frequencies are solid options, but they are limited to 2 watts. Anything more powerful -- such as ham radios and GMRS radios on UHF and VHF channels -- and you’ll need to get licenced, with licensing for amature radio operation and GMRS radio operation being separate and non-overlapping.

Although acquiring a GMRS or ham radio license is relatively cheap and easy, it is something to consider before popping on a Polaris RZR radio kit. If this seems like too much of a hassle for you, we’d suggest sticking with walkie-talkie style handheld radios, FRS radios, and VHF / UHF radios that are pre-programmed to avoid transmitting on restricted channels.

Using a radio for safety, collaboration, or entertainment when riding recreationally is one thing, but for those seeking a lightweight and professional-grade race radio, the set of requisite qualities will be quite different. For one, Polaris RZR race radios should be lightweight, easy to use, and minimally distractive. And in many circuits, a Polaris RZR race receiver is all that's required.

Off-road firms like Rugged Radios and PCI are the go-to providers for Polaris RZR race radios, but companies like UTV Com (TheCOM) are also popular among RZR racers. When you’re in the heat of a race, the last thing you want to be hearing is the static, buzzing, or choppiness of your radio. But with a race receiver / race radio from the aforementioned firms as well as companies like Icom and Kenwood, you’ll have zero issues with your Polaris RZR race communication system! 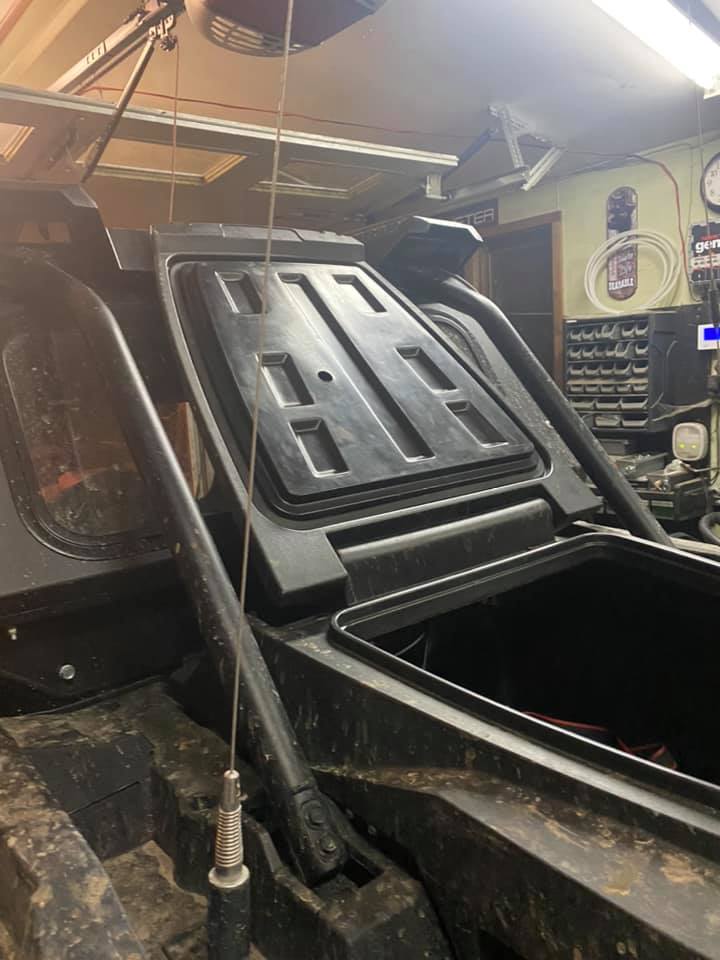 For marathon racers and multi-day riders who travel far distances, Polaris RZR antennas are almost compulsory. Products like non-ground plane antennas are popular, however metal roofs can sometimes interfere with reception. Magnet mounted antennas on top of your metal roof are good if you’re in wide-open areas, but when riding in thick foliage with low-hanging branches, your best bet will be a whip-style antenna with a coil / pivoting base mount. Furthermore, unlike mag mounts, things like NMO mounts don’t require a ground plane. Be it a Wilson 2000 antenna for your CB radio, a suction cup antenna that can be easily mounted to your windscreen / windows, or a V2V antenna to augment your rig’s Ride Command, get the most out of your equipment with the right Polaris RZR antenna for the job! 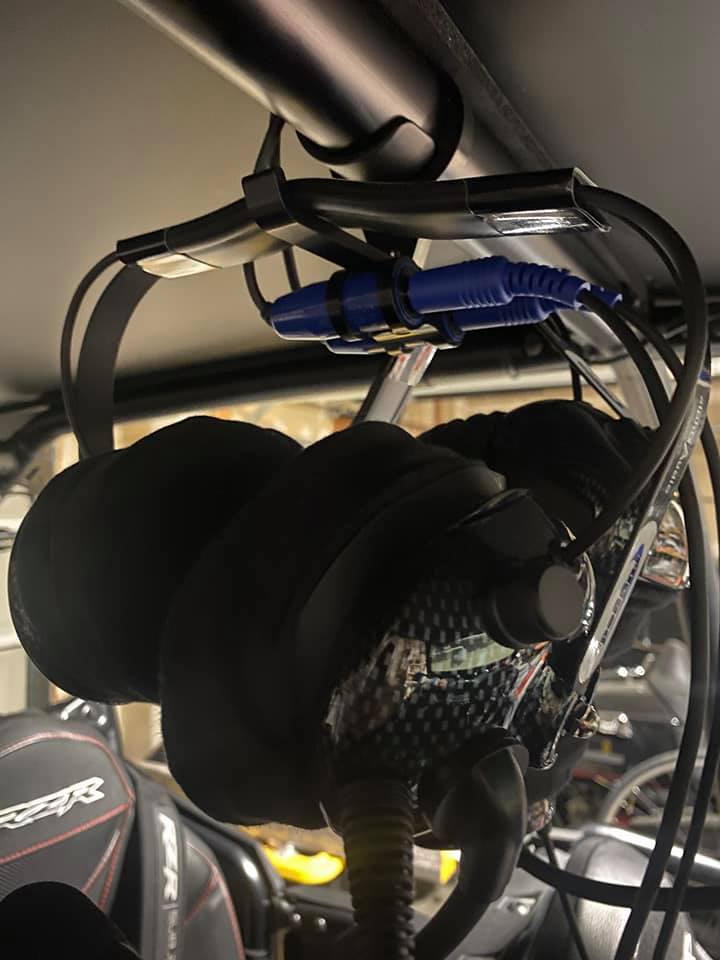 No matter what type of Polaris RZR communication system you decide to go with, getting the right mics and speakers is crucial. Some Polaris RZR radios and intercoms come with built-in speakers, while others require external speakers. And as far as in-helmet speakers are concerned, thinner ear pieces are generally more comfortable as they don’t press as hard against the side of your head.

In addition to discomfort, things like audio feedback and machine noises coming through the mic can also be annoying. To mitigate unwanted sounds, products like the Polaris RZR Alpha Audio Offroad Helmet Kit by Rugged Radios utilizes dynamic noise-canceling microphones so that your voice communications aren’t overpowered by the sound of your loud aftermarket exhaust!

Aside from in-helmet speakers with flex-boom mics, products like over-the-head headsets, single-side headsets, and behind-the-head headsets are also solid options for riders who don’t use helmets. Mount a quick-disconnect push-to-talk button on your Dragonfire steering wheel and you’ll be ready to rock! 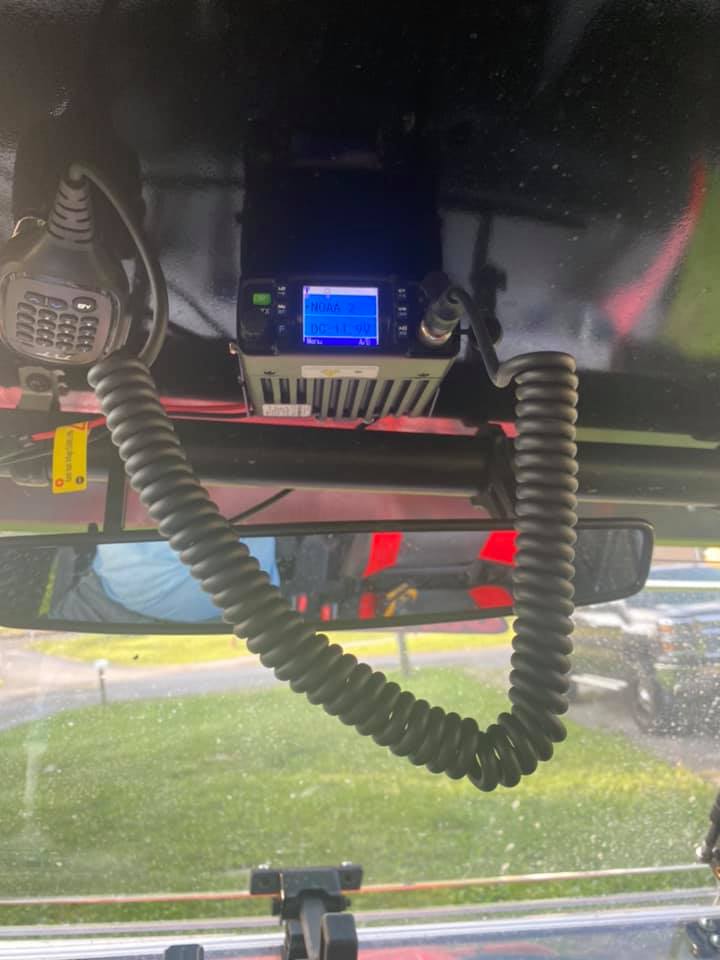 Like with all UTV parts, the right Polaris RZR communication accessories for you should be chosen based on the type of riding you do. What works well for a recreational rider may not be optimal for a racer, and the best setup for the off-road short course isn’t likely the best for dune racing. Things like wires and wire management should also be considered. And while wireless headphones and portable radios are clean and convenient in some regards, constantly monitoring and changing batteries can become a hassle. But regardless of the features and attributes that you're looking for in a Polaris RZR communication system, you’re guaranteed to find the parts, components, and accessories you seek when shopping at Everything Polaris RZR!