​Everything You Need To Know About Polaris RZR Belts 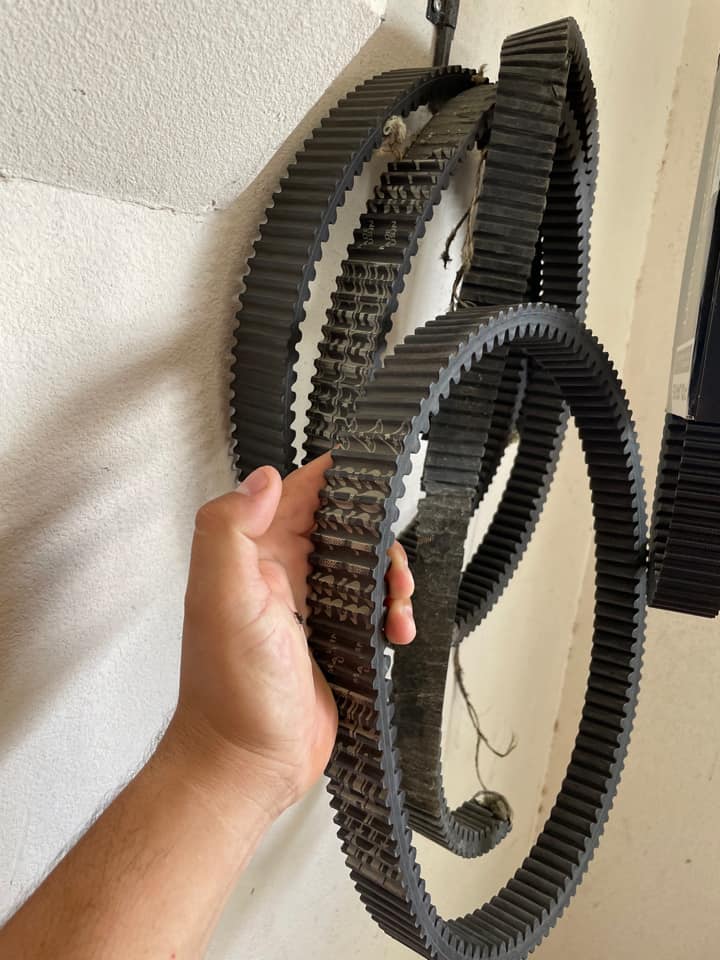 Polaris RZR belts are deceptively simple, but the truth is that they play an integral role in the performance of your side-by-side. Damaged belts, burnt belts, and UTV belts that are old and worn out will cause various issues, from slippage and speed reductions to squeaking noises and jerkiness on takeoff. As such, periodic belt changes are advised, and belt replacements are unavoidable when your existing belt snaps, cracks, or disintegrates. Thankfully, there are myriad belt options available for the Polaris RZR, and here is everything you need to know about Polaris RZR belts! 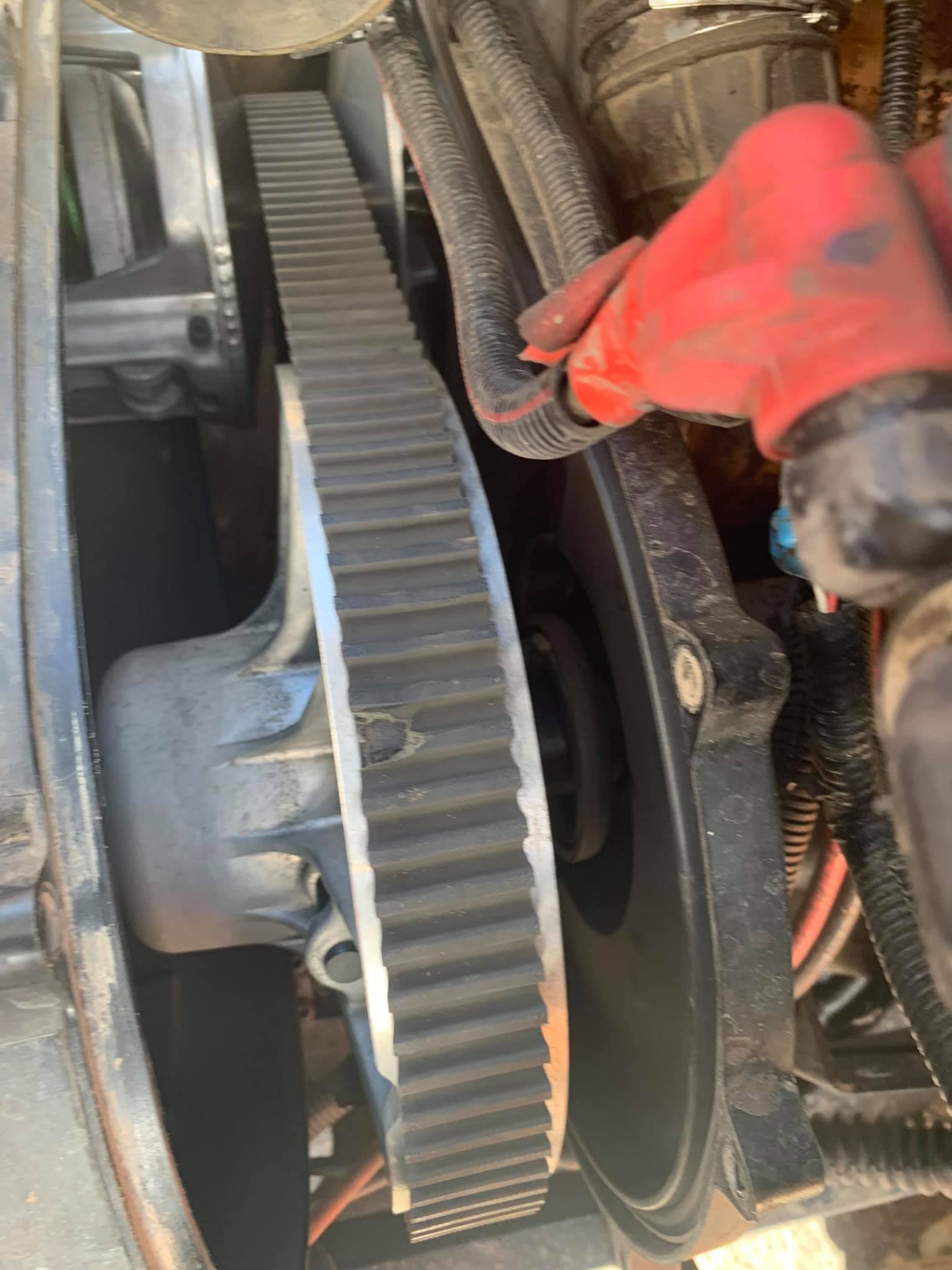 In many cases, it’s not the belt itself that’s making strange sounds, but instead the secondary clutch. You can try setting / adjusting your shaft spacing, shaft alignment, and belt deflection, and regardless of whether this works or not, cleaning the belt / clutch area to remove grime and debris is also a smart move to both eliminate squealing noises as well as extend the lifespan of your belt.

Using compressed air to blow the dust and dirt out of your clutch / belt housing is the first thing you can do, making sure to use only enough air pressure to get the job done without causing any unnecessary damage. Next, it’s time to clean your clutches. While you’re hitting your clutch faces with a Scotch Brite pad, soak your belt in a sink full of hot water and dish soap. Once your clutch faces are clean, go to town on your belt with the same Scotch Brite pad or an Emery cloth until the glazing and shine on both sides is scrubbed completely off. Let the belt dry, put it back on, and then go have yourself some fun!

Other Polaris RZR belt squeal remedies include products like mass airflow sensor cleaners or even a small spritz of WD-40. If your belt is squeaking because it’s nearly done for, a replacement Polaris RZR belt is the correct course of action. Some RZR owners say that their belt noises vanished after installing an aftermarket belt with a Hunterworks Thick Washer, while others went with the Hunterworks Thick Belt and the noises grew worse. 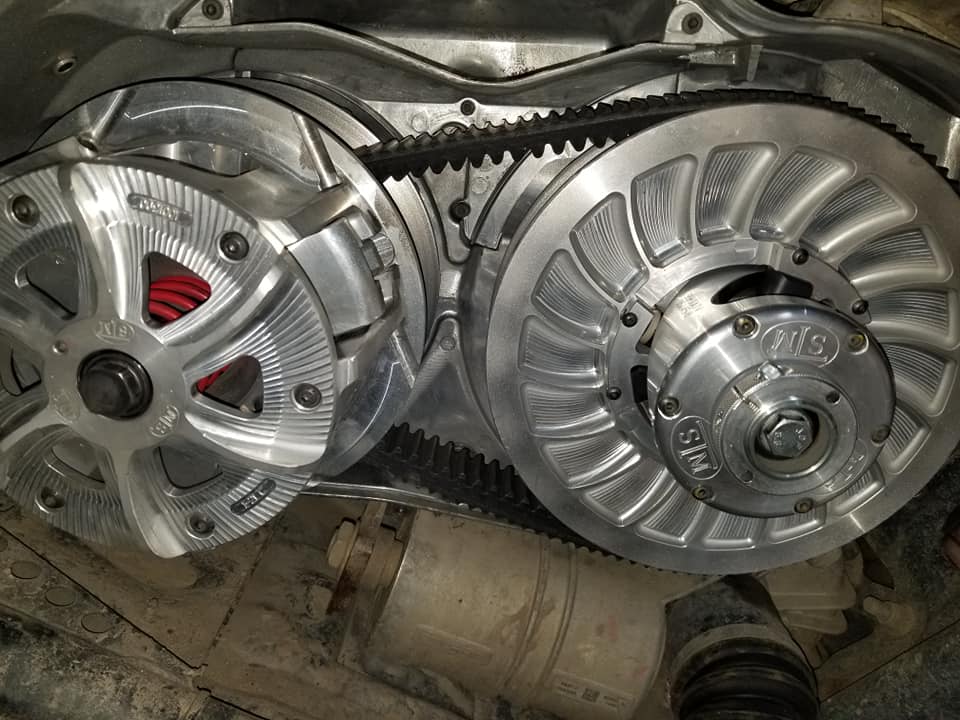 One of the best ways to prevent belt noises is by ensuring that your Polaris RZR belt remains in tip-top shape. Accessories like hot air eliminators, breathers, and bilge blowers are sure to keep your Razor’s belt cool in high-stress situations, but if you don’t break in your new belt properly, problems may arise down the line. Although there’s no set-in-stone rule about how to break in a Polaris RZR belt, there are a few general guidelines that can be loosely followed. You don’t want to go blasting dunes at full throttle immediately after swapping in a new drive belt, nor should you ride like you stole the thing, hole after hole, with no cool down period. At the same time, though, you don’t have to baby it either.

Most riders put a few easy miles on their new RZR and RS1 drive belts before going balls to the wall. We’d suggest driving around at various speeds / rpms in low for about 10-15 minutes. Give it a couple good heat cycles and then you should be good to send it!

Aside from improper break-ins and clutch-alignment problems, improper driving technique can also exacerbate belt wear to the extent that the drive belt fragments, burns off, or grenades completely. It’s important to know when you should be driving in low, and when you should be driving in high. And if you’ve got portal gears installed or own a mud machine like the RZR Highlifter with a 55% low-end transmission gear reduction, going at high speeds for prolonged periods of time can do a good bit of harm to the machine’s drive belt.

Your Polaris RZR intakes help to cool the belt and keep it dry / clean by preventing water, dust, and mud from getting inside. If you love playing in the mud, you definitely have to watch your air vents -- especially in clay-rich mud -- so that they don’t get blocked, clogged, or stuffed-up. Similarly, accessories like snorkels, pre-filters, and air intake relocation kits can also be installed to deliver a constant supply of clean, low-moisture air to the belt and clutch housing.

When To Change The Belt On A Polaris RZR 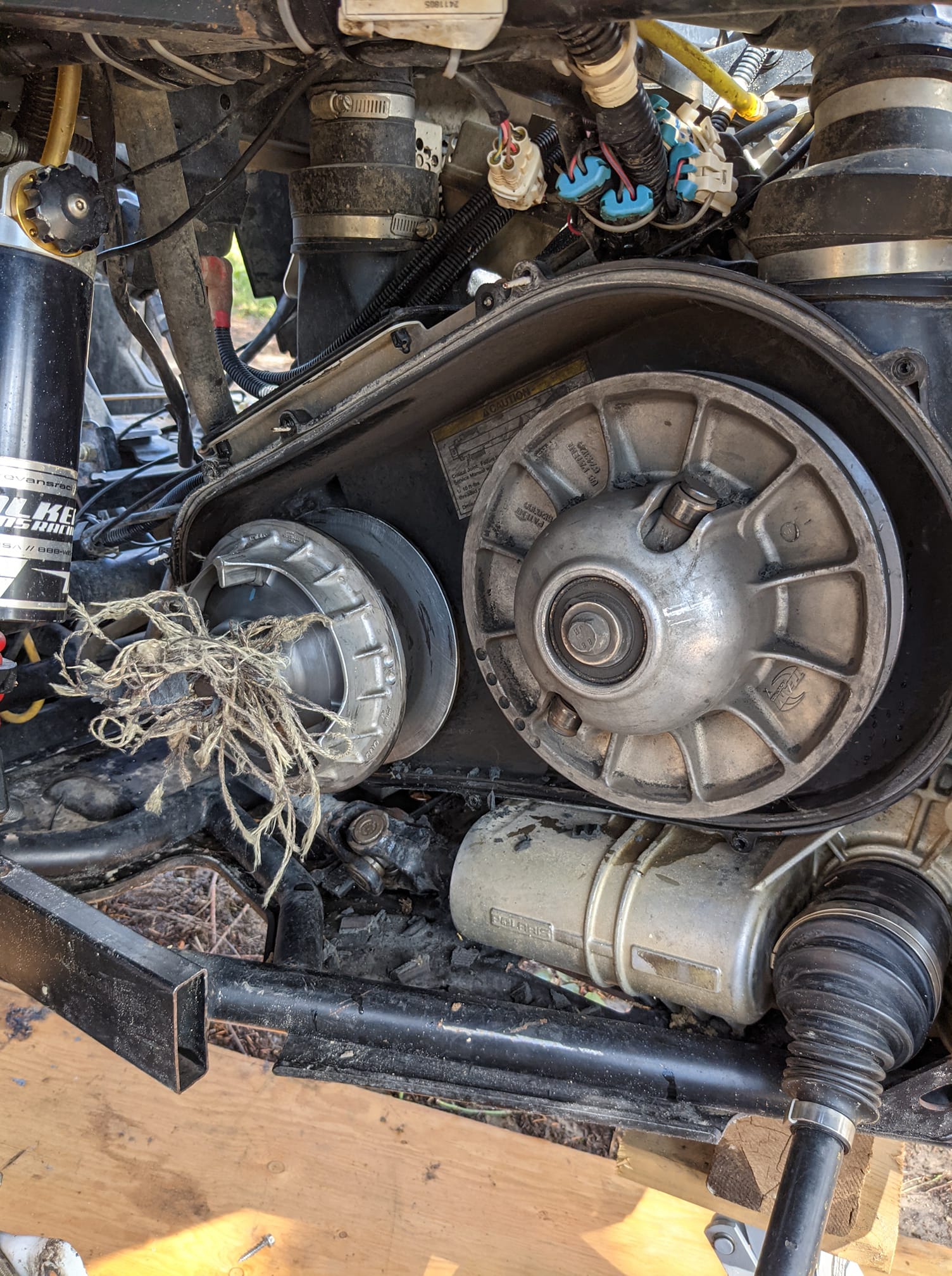 The frequency with which you change your Polaris RZR drive belt will depend on your riding style, your temperament behind the wheel, and several other factors. One such factor is your budget. Those with the cash can swap drive belts in and out their vehicles for every ride if they so choose, but the hard-working folks who bust their asses every day to make a buck will likely be less liberal with their spending.

The lazy answer to when you should change the belt on a Polaris RZR, an RZR 800, or an RZR 900 is when it’s needed. To determine when a belt change is needed, you can either look at the belt for signs of wear, or keep track of the miles / ride time that your belt has endured. If you drive hard through mud, water, snow, etc, you should check your belt more frequently. But if you’re a laid-back cruiser, there’s no need to check your belt as often.

Some riders wait to change their Polaris RZR drive belts until they blow up, fly apart, or chatter like a mad hatter from burn marks. Others change their Polaris RZR belts when the machine starts to feel jerky during slow takeoffs, sloppy when engaging, or less powerful on the top end. As we mentioned earlier, it’s good to blow your clutches out with an air gun after every trip. And while you do this, you can check your belt for glazing, fraying, and other forms of damage.

Riders who drive conservatively can easily get 1,500-2000 miles out of a single drive belt. But while some individuals don’t mind carrying a spare belt and replacing it ad hoc in the field, others opt to replace their belts after every 500 miles or so for good measure. They argue that it’s cheaper to replace a belt than it is to buy a new clutch cover and belt housing manifold should the belt choose to grenade. Worse still, debris from worn-out UTV belts can clog the exit tubes in the clutch housing, overheat the belt / clutch, and cause a fire to break out. As an off-road enthusiast, you likely have a high risk tolerance. That notwithstanding, it is still prudent to take calculated risks, and replacing your Polaris RZR drive belt prematurely in a bid to prevent greater damage is a practice that many RZR owners abide by. 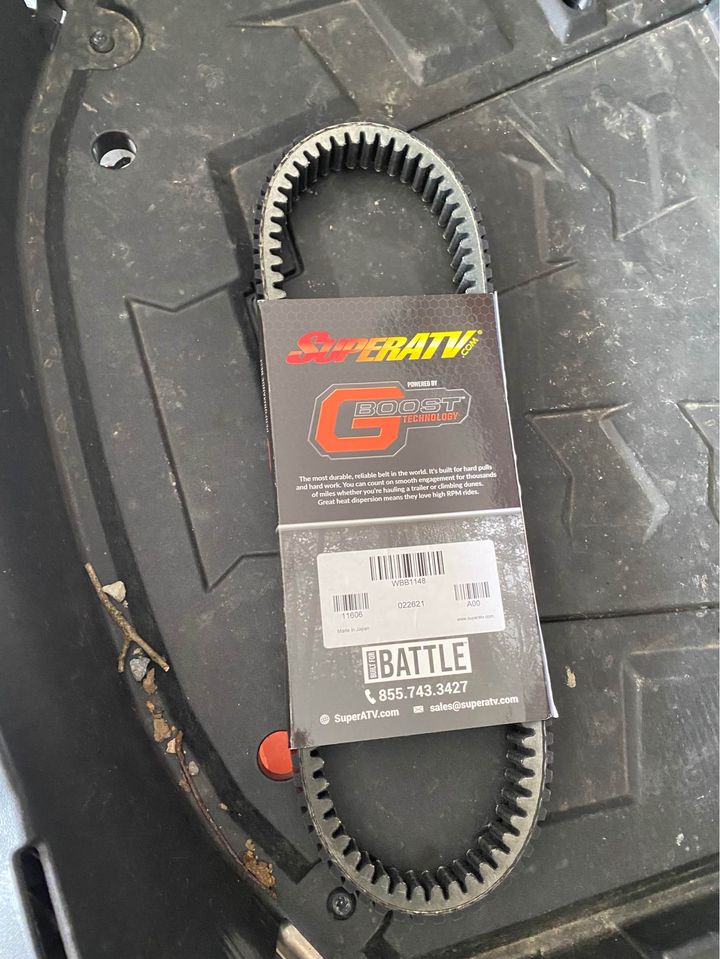 How To Change A Polaris RZR Belt 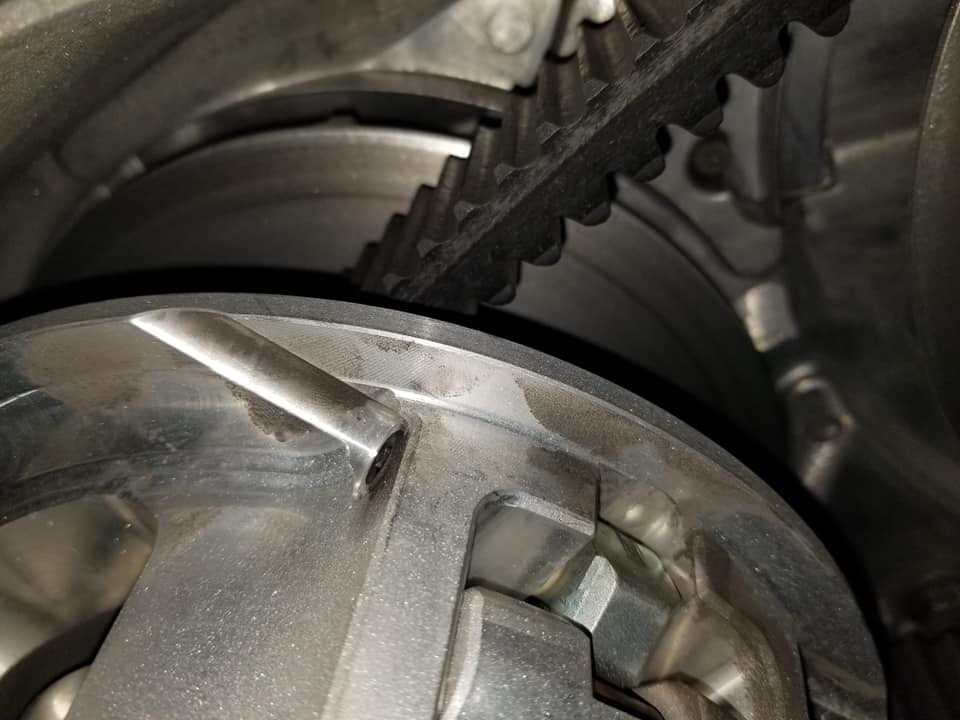 One way to change your belt without the proper belt tool is to stick a screwdriver in the slot and push the secondary clutch back towards the motor. The belt will become looser and it should get enough slack to slide right out. Once the old belt is removed, reverse those steps to put a new belt on. To get the new belt started, you can put the bike in neutral and turn the primary clutch to help the drive belt slide over the secondary clutch.

You can also pull a fender screw from your rig and twist that into the sheave, or separate the clutch plates with a small pry bar. Alternatively, you might be able to change your Polaris RZR belt by putting the vehicle in reverse and rolling the belt on like a bike chain. With nothing more than brute force and a lot of determination, anyone can change a Polaris RZR belt. But with the right tools and the right tricks, changing the belt in a Polaris RZR is cake! 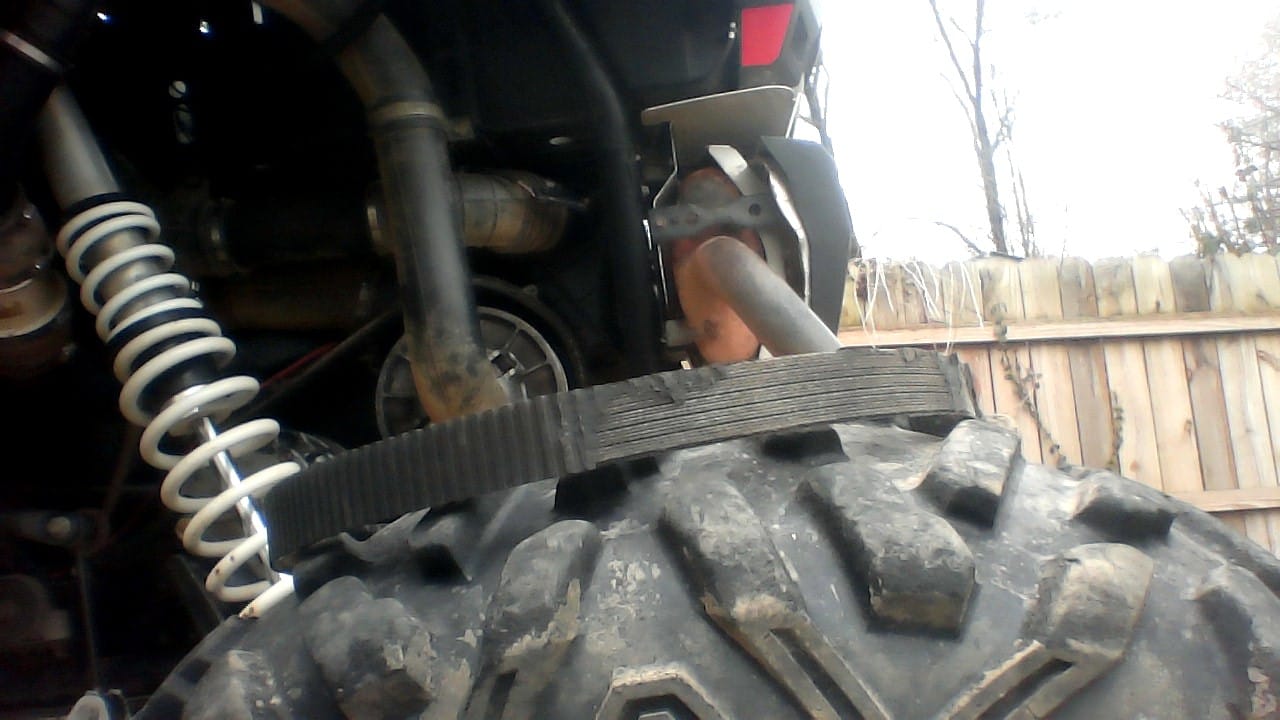