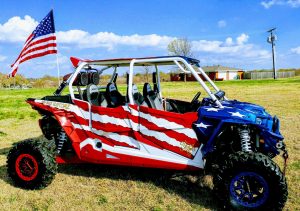 As they say, everything's bigger in Texas, and the saying proves true for tracks and UTV trails in Texas. Whether you’re looking for some backcountry trails to get away from it all, or some groomed race tracks to test your RZR Pro's top speeds, Texas has it all. From the Rocky Ridge Ranch located north of Dallas to the Barnwell Mountain Recreational Area near the Arkansas Border, when it comes to driving an RZR in Texas, there are many options to be had. So here is our ranking of the best UTV trails in Texas, the best UTV parks in Texas, and the best places to ride a side-by-side in Texas!

Before you ride in Texas, make sure you brush up on the local legislation to keep both your ride and your riding maneuvers within the law. First of all, even when riding in UTV parks, you’ll need to buy a registration sticker. You can get one at any sporting goods shop and at the time of this writing, it cost $16. Technically speaking, you’re not allowed to drive your RZR on the roads in Texas, but there are a few exceptions. If you’re within 25 miles of your farm checking on livestock or going from one plot to another, you're in the clear. That is, if you've got the right Polaris RZR street legal accessories.

One such accessory is an SMV sign. You’re required to install a slow-moving vehicle safety triangle on the back of your RZR in Texas. But even with the triangle in clear view, a state trooper can still stop you and impound your rig. According to current Texas law, you can’t drive a UTV on any roadway, county road, or state right of way. A friend of Everything Polaris RZR was riding down there and got a $222.00 ticket from a jealous game warden in Collin county. He was riding with a crew of six, and each one received a ticket. So if you’re not in a UTV park, drive with caution and be prepared to assuage a police officer or two.

There are a few ways of getting around Texas street-legal laws, however. One such way is to change the roll cage, install all the DOT-required stuff -- like blinkers, lights, DOT tires, a horn, a lighted license plate mount, etc. -- and re-title the vehicle as a home build. You're going to have to weigh your RZR and get it inspected as if you built a kit car or a rat rod. There are other ways of getting an RZR road legal, but the process is quite detailed and involves a lot of steps.

With places like Alligator Run Offroad Park -- which features dunes, jumps, and mud pits -- and River Run ATV Park on the picturesque Neches River west of Jacksonville, good riding destinations aren't hard to find in East Texas. Although the former has long been an amazing place to ride, in recent years, the logging industry has taken its toll on the park, tearing it up and creating copious amounts of riding hazards.  Unlike Gator Run, River Run ATV Park has yet to be ruined by logging and deforestation. Featuring mud pits, annual events, and of course rivers for swimming and fishing, River Run has something for the whole family. 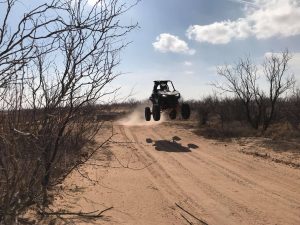 Holding down the fort in north-east Texas is the Barnwell Mountain Recreational Area. With over 1,800 acres that includes both single-track Moto trails and a range of trails for OHVs, ATVs, and UTVs, the Barnwell Mountains offer a little something for both novice and advanced riders alike. The Area is equipped with cabins, RV parking, showers, and other camping amenities to give you some creature comforts after a long and intense day of riding.

Brushy Creek Motor Farm in Royse City is another great place to ride in eastern Texas. But due to the frequent occurrence of rain showers in the area, make sure to check the weather as well as call or email before going, as they tend to close when things get too wet.

Holding down one of the top positions as one of the best places to ride a UTV in central Texas, Hidden Falls Adventure Park is a mustn't-miss destination. Like many parks of its kind, it is geared toward ATV and UTV riders, but it also has trails for dirt bikes, jeeps, and other off-road vehicles. Get a guided UTV tour or put around at your own leisure, at Hidden Falls Adventure Park, exploration is the operative word. 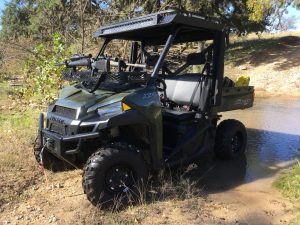 When it comes to the best places to ride an RZR in West Texas, Outback Adventure Track (OAT) is where it’s at. They have jumps for some high-flying fun, fast straightaways for the drag racers among us, and miles of tight and twisty trails to practice your rally racing. Whether it’s your first or 100th time at an off-road track, OAT won’t let you down. So if you want a place to ride in west Texas without having to cross over into New Mexico, OAT is your best bet. 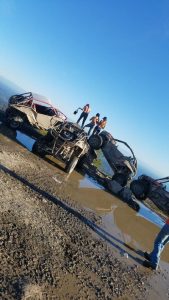