Best Places To Ride An RZR In Wisconsin

Whether you’re ripping it up in the backwoods of the Iron County in the north or booze cruising around the Cheese trails in the south, the state of Wisconsin is a UTV mecca, with thousands of miles of both state and county trails. As long as you have your off-road vehicle or out-of-state ORV permit, everything is fair game. From the Three Lakes area near the city of Eagle River to the sparsely populated Florence County area, these are the best places to ride a Polaris RZR in Wisconsin.

Trailering In Your RZR In Wisconsin

If you’re coming from out of state, you’ll likely be bringing in your RZR on a trailer of some kind. According to state law, you only need a license plate for your trailer if it and its contents weigh over 3,000 pounds. We’ve heard of people going years without running plates on their trailers, so the likelihood of being stopped by the authorities for not having a plate isn’t super high, but still worth considering nonetheless. 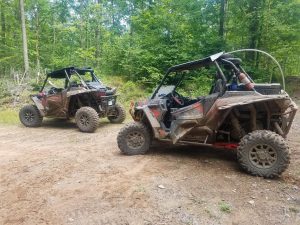 The vast expanse of untouched wilderness in the northern part of Wisconsin attracts riders from across the US. Among the popular riding destinations is Florence County. With a mix of sand, stone, and gravel hardpack that works its way through the woods, trails in this area have lake access, river access, and even extend into Michigan.

The Three Lakes-Eagle River area in Northern Wisconsin has a wide range of pedestrian, bike, horseback, and, of course, UTV/ATV trails. Among them, the Wolf River State Trail has become increasingly popular, offering 33 miles of dirt track along what used to be the main railroad corridor of the Union Pacific in the area. The trail also has lakes and ponds to fish as well as trekking trails if you feel like you need to stretch your legs out after a long stretch in your RZR.

There are also great places to UTV around the town of Gillett. Furthermore, the Cliffs and Badlands in northern WI are a popular destination to ride and camp -- but take note that it gets busy up there on holiday weekends. Iron County is also a popular UTV destination, with the largest trail network in all of Wisconsin. 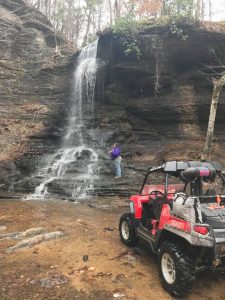 If you find yourself in Western Wisconsin, don’t miss out on the fantastic Chippewa County UTV/ATV trails. Open between May and November the 25 miles of UTV/ATV trails crisscross through the Chippewa County Forest. Formed during the ice age through glacial scarring, the hills, valleys, and unique topography of this area presents a challenging yet possible course for RZR riders of all abilities. With small lakes, beaver ponds, and an abundance of wildlife, this is a trail in Western Wisconsin that you cannot pass up.

In the Central Western part of Wisconsin is the Black River Area, which includes Jackson County trails, Clark County trails, and the notorious Black River Falls. Voted the 2018 best place to go 4-wheeling, the trails in this area traverse rolling hills, approach crystal-clear streams, and extend for hundreds of miles. And the favorable ordinances regarding UTVs and offroad vehicles in the area have created a scene that caters to the needs of UTV riders. 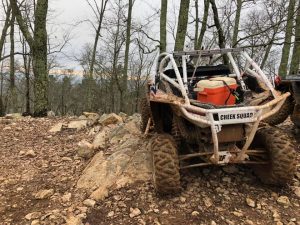 South of Wausau and east of Green Bay lie a network of UTV trails called the Plover Trails. Similar to the trails in the Black River area, the Plover Trials offer an integrated network of trails that wind their way through forested woodlands.

The towns of Shawano and Rome are popular stopping off points for UTV trails in Eastern Wisconsin. With a slew of County Trails accessible by town roads, the Dyracuse Recreational Park, and the nearby Wood County and Monroe Prairie ATV Parks, there is no shortage of places to ride in the Rome-Nekoosa area. This area used to host the TORC -- The Off-Road Championship -- but due to several issues with the event, they no longer host races in the area.

Like everything in this technological era, when you’re looking for places to ride you RZR in Wisconsin, there’s an app for that. The Polaris RiderX app is pretty decent, and the Polaris Ride Command app has most of the WI trails in it. BackCountry Navigator or the Orux app come highly recommended, and the Trail Treker app is useful as well because in addition to its GPS location functionality, it also has actual trail maps preloaded in the app.